Welcome to our Market Insights newsletter for August. This month, we examine a range of forces that are poised to impact state and local government budgets. They’ll present both challenges and opportunities for those selling to the public sector market. Have a comment or a question? Send it to me at mfunkhouser@governing.com.

The price of water (and sewer) is going up, and a growing number of Americans are struggling to pay the bill. In Philadelphia, for instance, the monthly cost of water service increased 30 percent since 2010, and more than 40 percent of the city's water utility customers are delinquent in paying their water bills. The prospect of cutting off service to low-income residents prompted city leaders to take an innovative approach: Charge residents based on how much money they make. In July, the city utility began charging lower water rates for households with incomes at or below 150 percent of the federal poverty line. As the bill comes due for decades of underinvestment in municipal water and sewer infrastructure, local leaders will face growing pressure to upgrade systems while keeping utility costs low – so they’ll be looking for effective ways to balance modernization and affordability.

Could a cyber attack lower a government’s credit rating? It hasn’t happened yet, but Governing finance writer Liz Farmer has an interesting piece that explores the possibility. She interviews S&P Global Ratings Analyst Geoff Buswick who says the risk is real, particularly for smaller governments with less financial flexibility. He says cyber attacks aren’t only expensive, they’re costly in terms of taxpayer trust, which can impact credit ratings by making it even harder for policymakers to raise tax revenue. With ransomware and other attacks on the rise, it’s all the more reason for local leaders to pay attention to cyber risk.

Driverless cars, expected to be commercially available by the early part of the next decade, may be on a collision course with city budgets. A new piece from Governing Data Editor Mike Maciag finds that widespread adoption of autonomous vehicles -- which presumably will be both law abiding and electrically powered -- could cost cities nationwide billions in lost parking fees and fines, traffic citations, traffic camera fines, gas taxes and other vehicle-related revenue. Big cities with scarce parking – think San Francisco, Washington, D.C., and Chicago – would take a big hit, according to our analysis, but they have enough diversity in their revenue streams to absorb the blow. The real pain could be felt in smaller communities, particularly in resort towns with lots of metered parking, where parking fees can make up a huge slice of the budget. 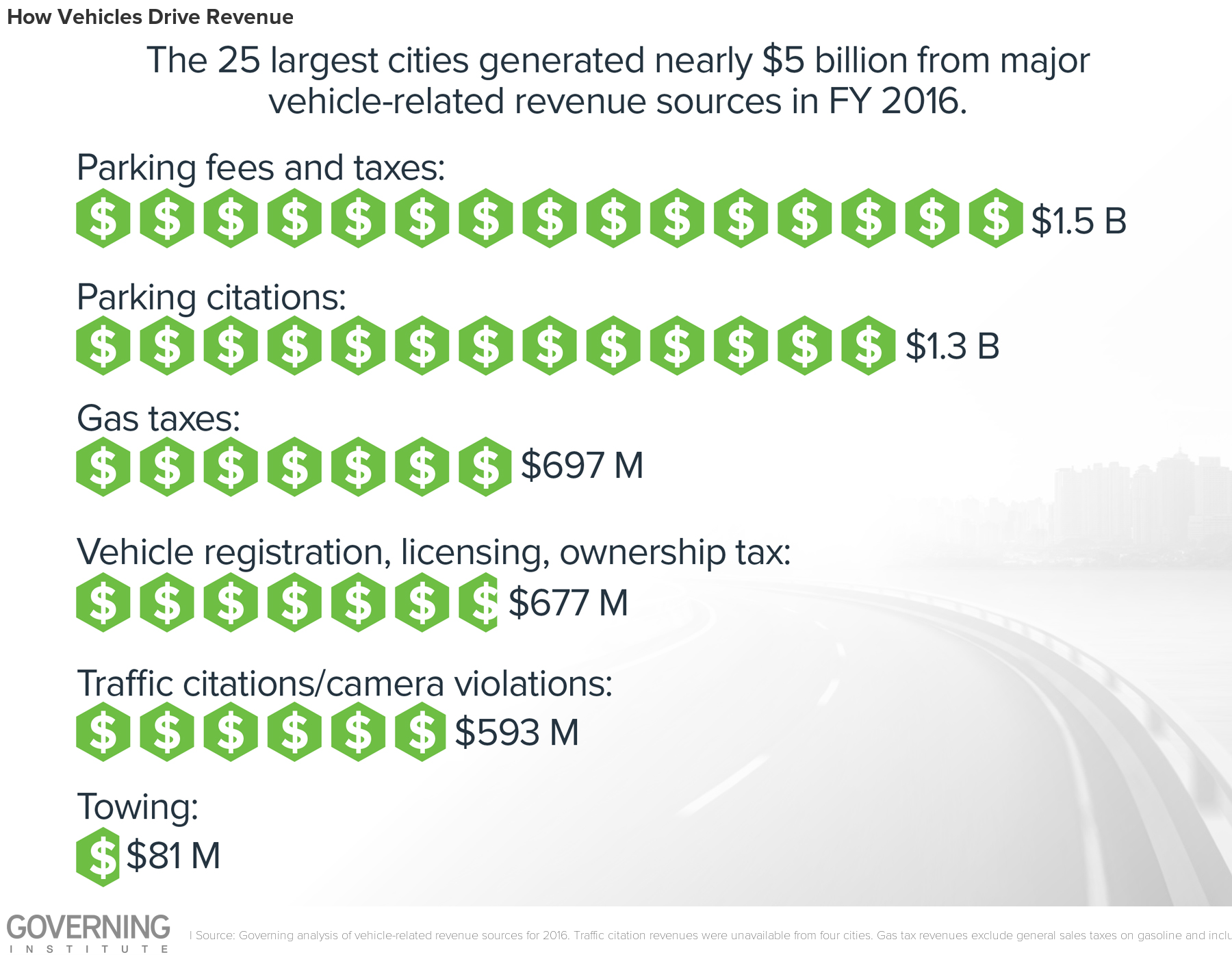 If history is a guide, the nation is due for another recession -- and many governments aren’t ready. Eight years of economic growth since the end of the Great Recession in 2009 mark one of the longest expansions since World War II. That’s prompting economists to warn another downturn is imminent. While states and localities were in relatively good shape before the last recession, budgets are brittle now. Oklahoma, Wyoming and Alaska already are mired in recession. Overall, 33 states are reporting collections below budget projections this year, according to the National Association of State Budget Officers, and at least 23 states made net mid-year budget cuts. For government leaders and their industry partners, now is the time to prepare.

With about a third of the U.S. labor force working as independent contractors, the nation’s workforce policies look increasingly outdated. The federal Workforce Innovation and Opportunity Act (WIOA), signed into law by President Obama in 2014, is tailored largely to the workforce development needs of traditional full-time employers – not the so-called “gig” economy where many new jobs are part-time, temporary or freelance. With this shift, comes a need to rethink employee training, as well as effective measurement and regulation of the job market. We’ll be addressing these and other important workforce trends at our Summit on Financial Leadership in September. Contact me if you’d like to participate.

In fall 2016 we partnered with the nonprofit Living Cities to field the Equipt to Innovate survey. We surveyed 61 cities across the U.S. on seven aspects of city governance, including citizen engagement. Here’s a peek at what we learned. You can also check out the full report from this first-of-its-kind survey. 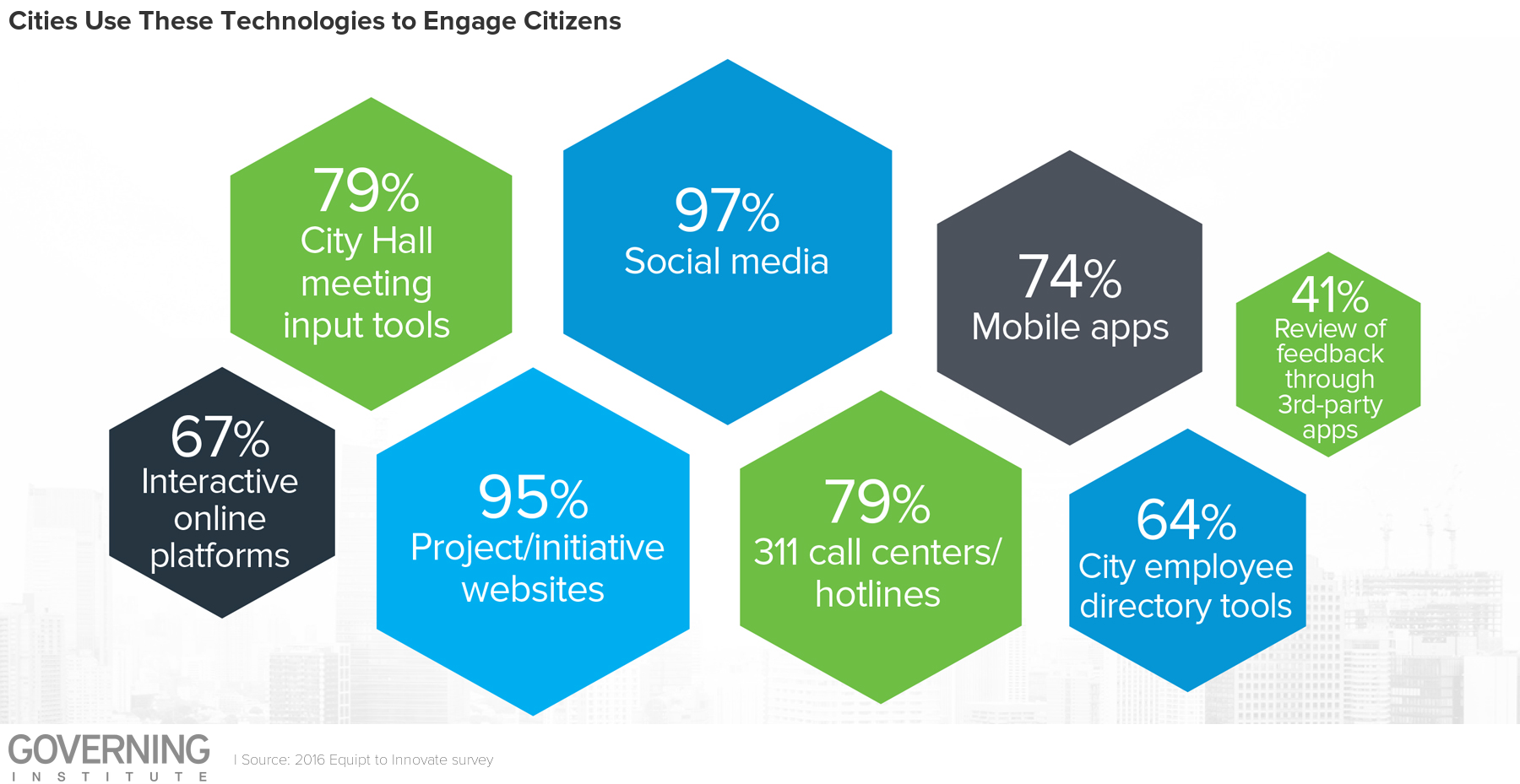 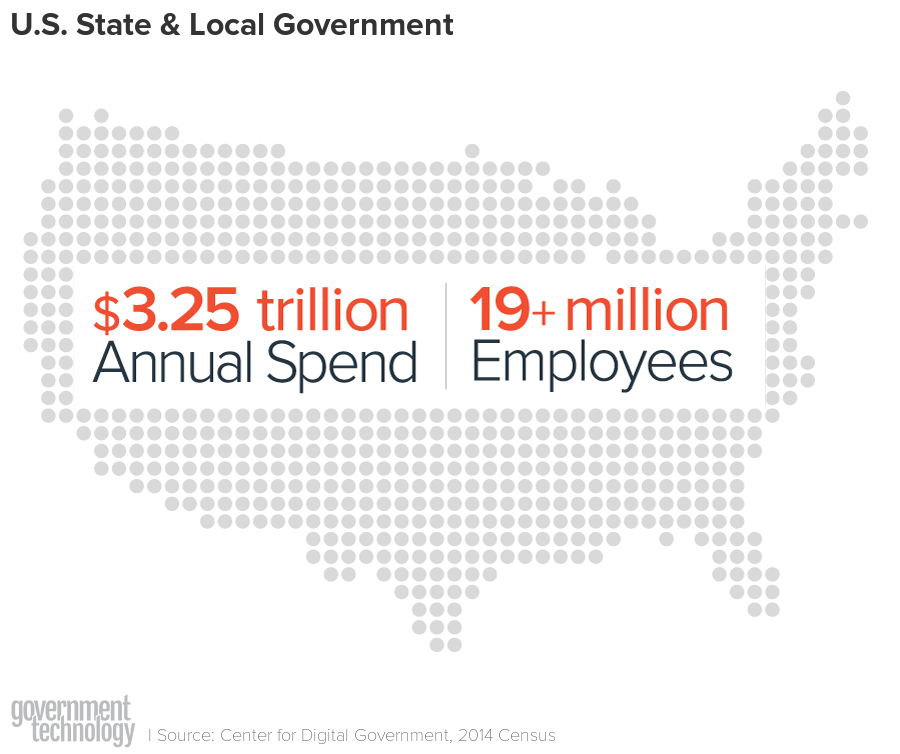